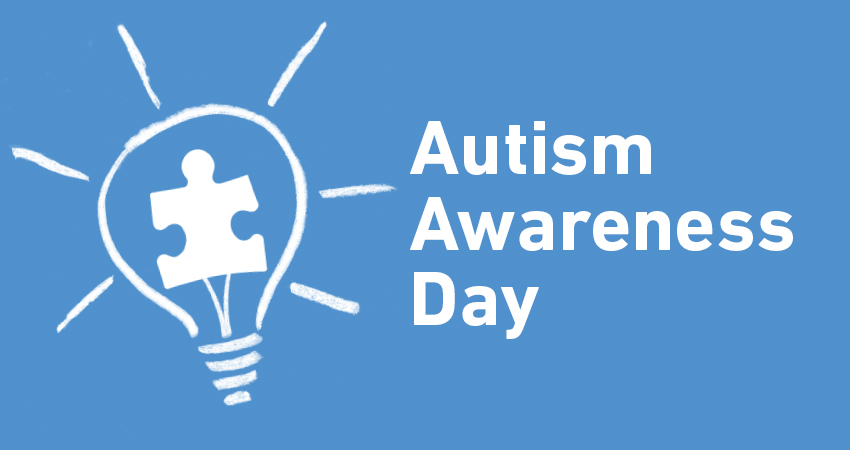 This Monday, April 2nd, we celebrated World Autism Awareness Day; a cause that touches us and for which we, at Doucet Latendresse, commit ourselves wholeheartedly.

It is characterized by deficits in the spheres of language, communication and social interactions being often accompanied by behaviors, activities or interests restricted or repetitive.

Signs of ASD (Autism Spectrum Disorders) are usually detected in early childhood with prevalence in boys (diagnosis rate 4 to 5 times higher than in girls).

I invite you to visit the following page to learn more about ASD: https://www.canada.ca/en/public-health/services/publications/diseases-conditions/autism-spectrum-disorder-children-youth-canada-2018.html Why and how Doucet Latendresse supports this cause?

Because unfortunately, families are too often helpless facing the emotional, educational and financial challenges of an ASD diagnosis.We speak about it knowingly because in our team, several collaborators live with a loved one suffering from autism. Lydia for example, our Marketing & Social Media Director who, with her 22-year-old son Aaron diagnosed with ASD, has been advocating to promote acceptance and understanding and to show us that anything is possible! An example of motivation and optimism that we hope to be contagious!

So, we decided to take action through Lydia’s determination, to support the cause! Thus, throughout the month of April, for each purchase of the “puzzle” necklace (the iconic autism symbol), we will donate $ 10 to various charities related to autism. Among them, is The Giant Steps School the only primary and secondary school for autistic children in Montreal.To support our initiative, you can buy this jewel by visiting the next page or by visiting your nearest Doucet Latendresse jewelry store. For the occasion, in addition to this donation of $ 10, we wanted to mark our commitment by applying an additional discount on the price of this necklace. It is now reduced to $39.99 (until April 30) from the original price at $49.99.Together, we can make a difference and support children with ASD and their families !

Spotlight on these #autismwarriormoms from  Quebec who are challenged daily to raise children  with ASD: She is actively involved in the autism community and is co-founder of Montreal Autism in Motion. She is the Director of the Giant Steps Foundation and continuously strives to help the students at the school as well as the Montreal autism community. She is a former labor and employment lawyer who is now an athlete/marathoner and an advocate for autism rights. Claudia has run 20 marathons around the world, including the prestigious New York, London, Berlin and Tokyo Marathons.  Claudia is now learning how to cycle and swim in order to participate in her first triathlon, Ironman 70.3 Mont-Tremblant on June 24. Claudia is also passionate about autism rights and awareness, being a member of a few Québec autism awareness organizations. She has also raised funds for Autism Speaks Canada and the Giant Steps Foundation which finances the Giant Steps School, where her son, Nicolas currently attends. She is the Director of Marketing for Doucet Latendresse Jewellers as well founder  and owner of joolzbar.com . She is as passionate about jewellery as she is about autism advocacy. A true Yogi at heart, Lydia applies the ‘’ Zen’’ philosophy in her daily lifestyle by promoting autism awareness and acceptance. She is a true believer that you are what you put out to the universe: Positive energy will create positive change for our autistic community. Namaste!

And finally, we would like to thank those women & men who helped us writing this article today: